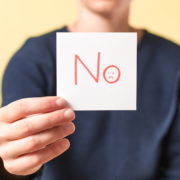 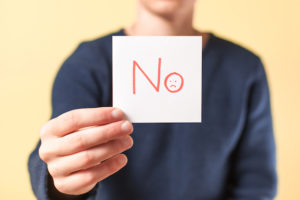 Today I will share with you some of my most useful career experience. Believe it or not, it comes from rejection, and lots of it. Who likes rejection? I’ll tell ya who – I do! Well, maybe not ‘like” it, but certainly I can appreciate it.

I knew I wanted to be in show business (singing, acting, walking the red carpet) ever since I was 4 years old. At the beginning it was easy. I got the lead in all of the school plays (Red Riding Hood, Peter Pan, solo for the class song on the radio) and grew up in a house where my dad was a comic. I was fully supported and when I wanted to go to North Carolina School of the Arts for high school, I got in on the first try.

During the summer when I was 16, I auditioned for and got my very first paying acting/singing job in a show called Hooray for Hollywood at a NC based theme park – Carowinds.  So where’s the rejection you ask? Everything that happened directly after that. And I am thankful!

After school and then some college I began going on hundreds of auditions. Yes, HUNDREDS. I auditioned for everything, appropriate or not for my type or level of skill, and because of that, of course, didn’t get MOST of the things I auditioned for. Big theater companies rejected me, little jingle companies rejected me because I couldn’t read music well enough, print agents said I was too “big” (I’ve lost over a hundred pounds since then but that’s another story!) and forget TV. Most of the auditions I did get for TV were basically open calls or generals (which they don’t even do anymore) before they also rejected me.

It was mainly because I had very little experience. The economy was recovering then too – the recession of the 80’s, the gas crisis, hey, everything old is new again, right? And I kept thinking my career would be different if someone would just give me a break. How can I get the experience if someone doesn’t give me a break?

The reason this period of time was so useful is that it helped me develop a really thick skin. I came to realize that casting directors weren’t really rejecting me as a person or on my potential (heck I was and still am an AWESOME singer) – they were rejecting my resume; my product. As it became depersonalized, it became easier. I eventually landed a gig with a big band, then my first musical, and shortly after that a gig as an “in house” jingle singer in Houston, TX. From there I did more musicals, cruise ships as a headliner, print work, soaps, commercials, some indie film and 35 years later I look back and see that I have a very nice history doing what I love and getting paid. But it took TIME and lots of rejection.

One of the great things about auditioning over and over again is that your “payoff” of getting the gig is almost always a function of a series of “best of all attempts”, not the average. Now that my focus has turned to helping other actors gain representation, I  get rejected by many more people several times at a day.  And that’s OK because I always remember that at the end of a long string of “nos” there is bound to be a yes!

Reaching this level of appreciation takes time AND getting rejected a lot!  So if you aren’t getting rejected on a daily basis, get your butt out there!   Never give up and keep on keepin’ on!

I’d love some stories of rejection.  Yes, it may be painful or it could be cathartic.  This includes auditions, agent interviews or even at networking events.  Maybe social media comes in to play?  Please share! 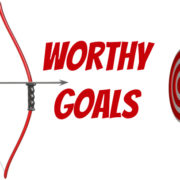 Do You Have Worthy Goals? 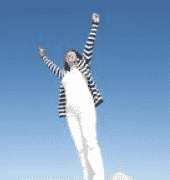 7 Common Actor Marketing Mistakes and How to Avoid Them 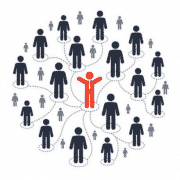 Is Your Agent Cheating on You?

What NOT To Do - 8 Ways to Screw Up Your Marketing 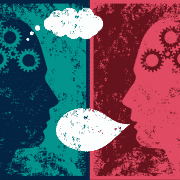 The Golden Rule of Your Career
2 replies